If you purchased a heatsink kit you will have a little anti static bag filled with the following items. The heatsink, a thermal pads, 4x M3 screws, 4x M3 nuts and a set of strong pin headers that you can use to raise any shields above the height of the heatsink. 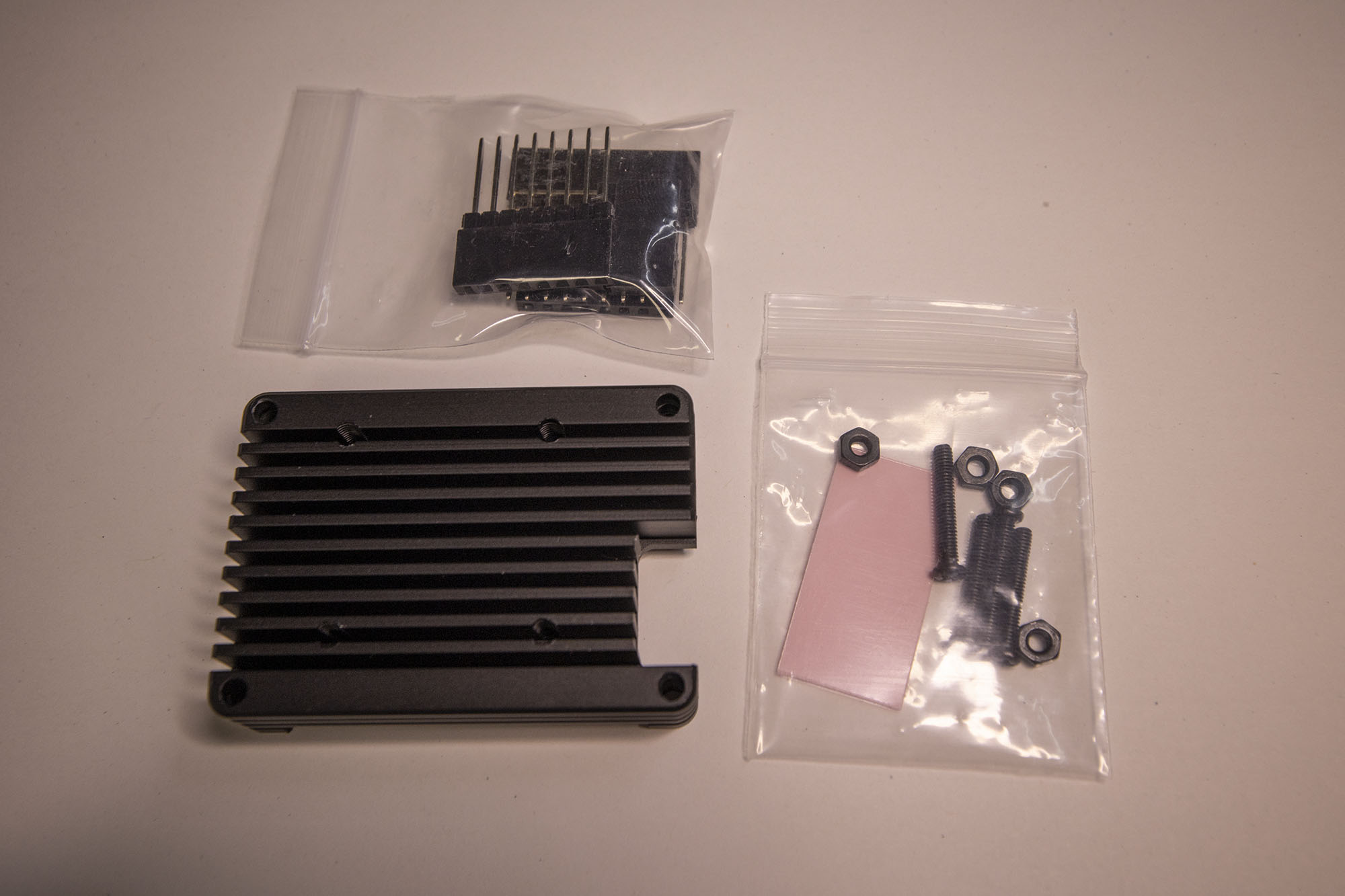 Start by placing the heatsink onto its back and pealing off the first protective film off the thermal pad. 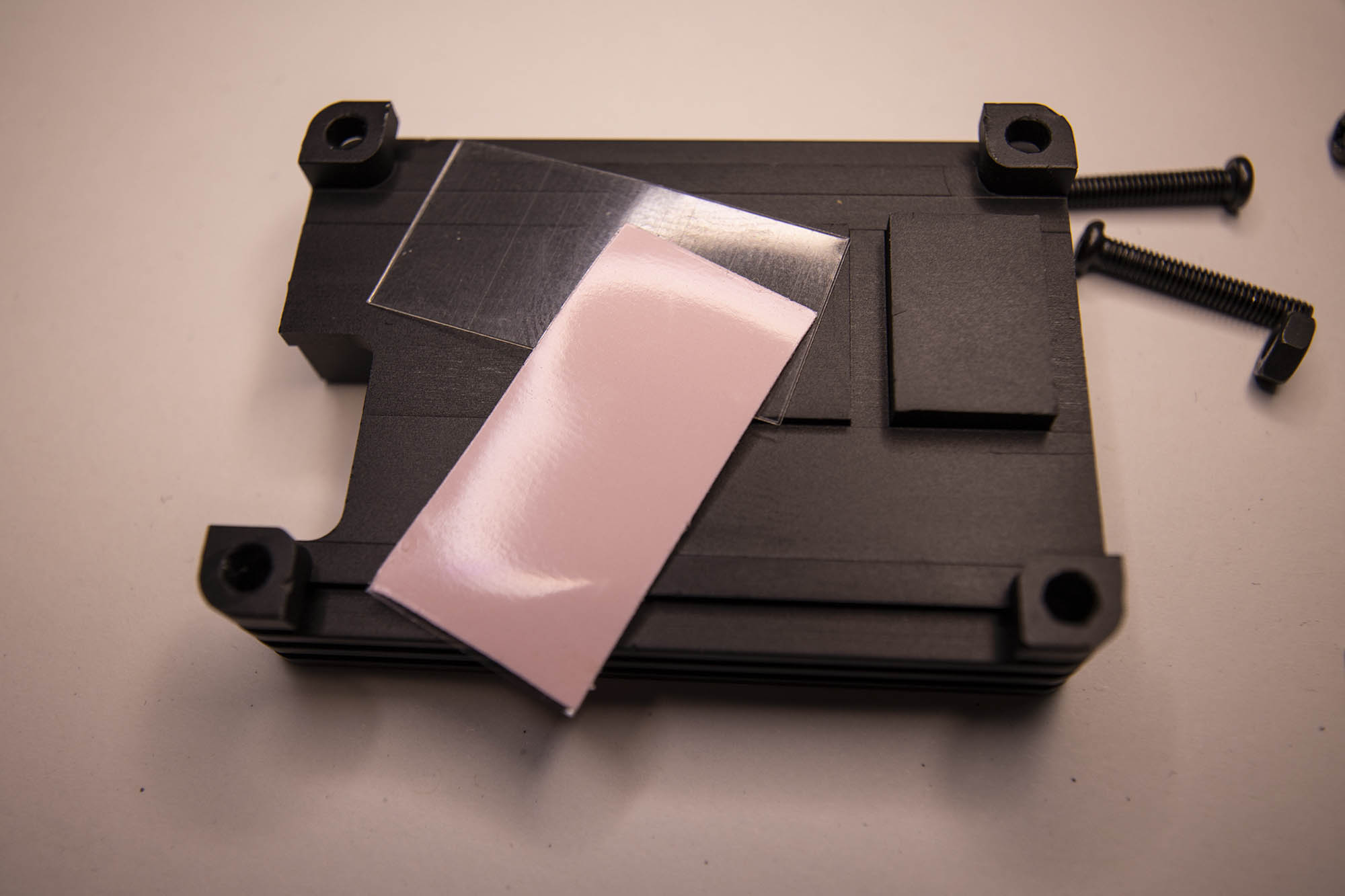 Place the now unprotected side onto the middle island that covers the main SoC. Place on the edge so that the rest of the pad hangs over. 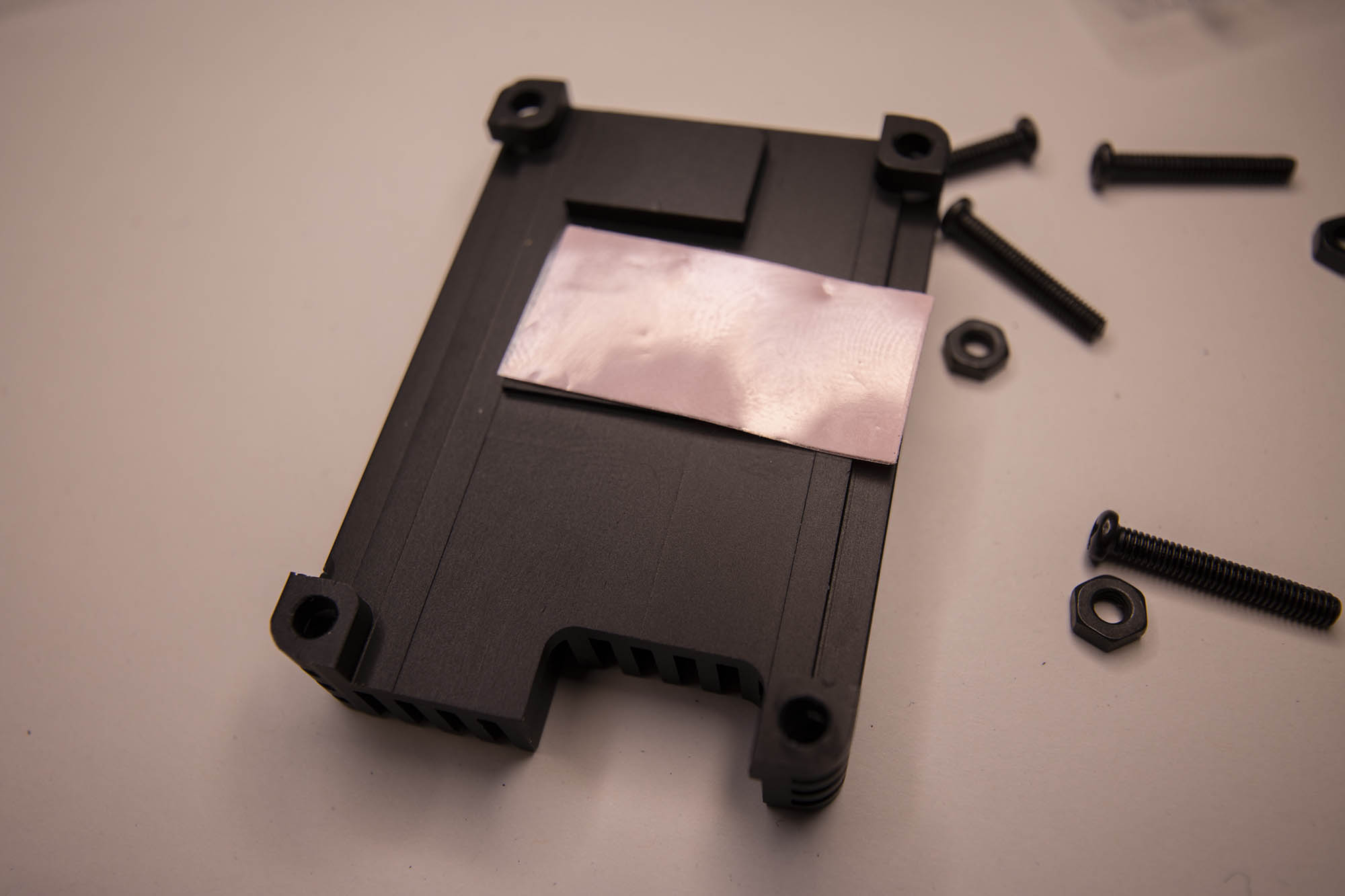 Cut off the overhanging pad with a pair of scissors. 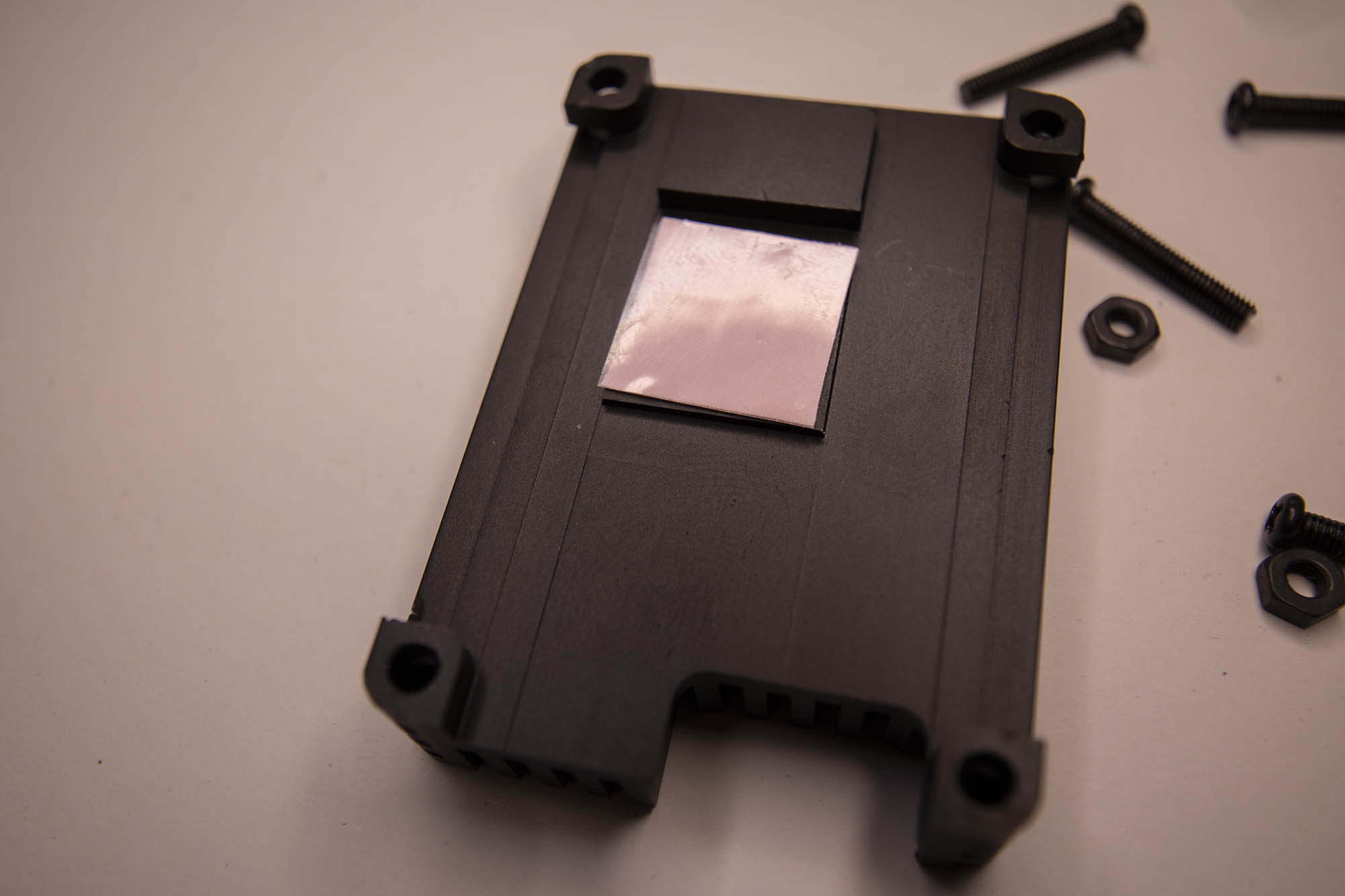 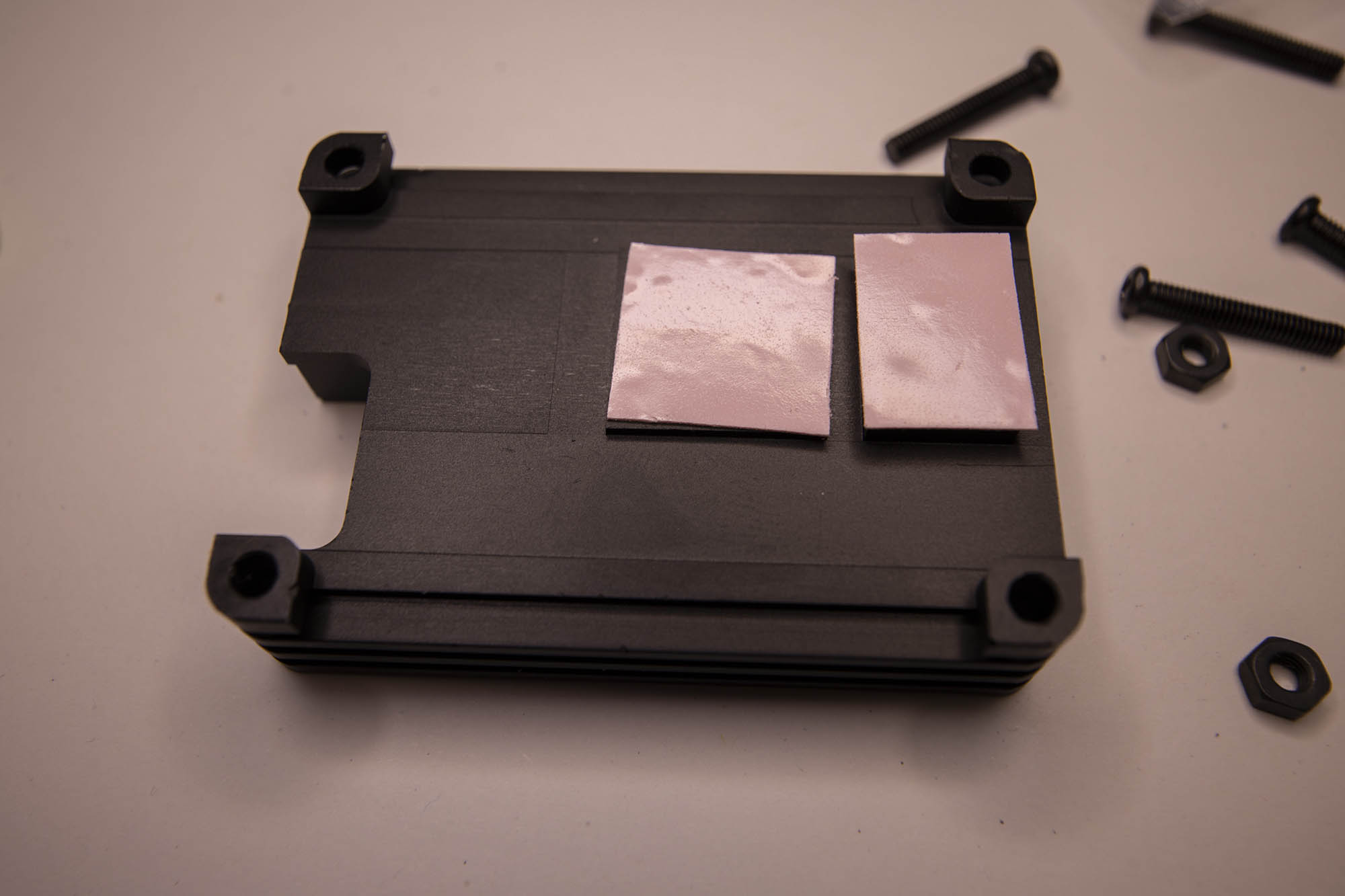 Now place the CM4 onto the pad with the antenna triangle in the position of the cutout in the heatsink. 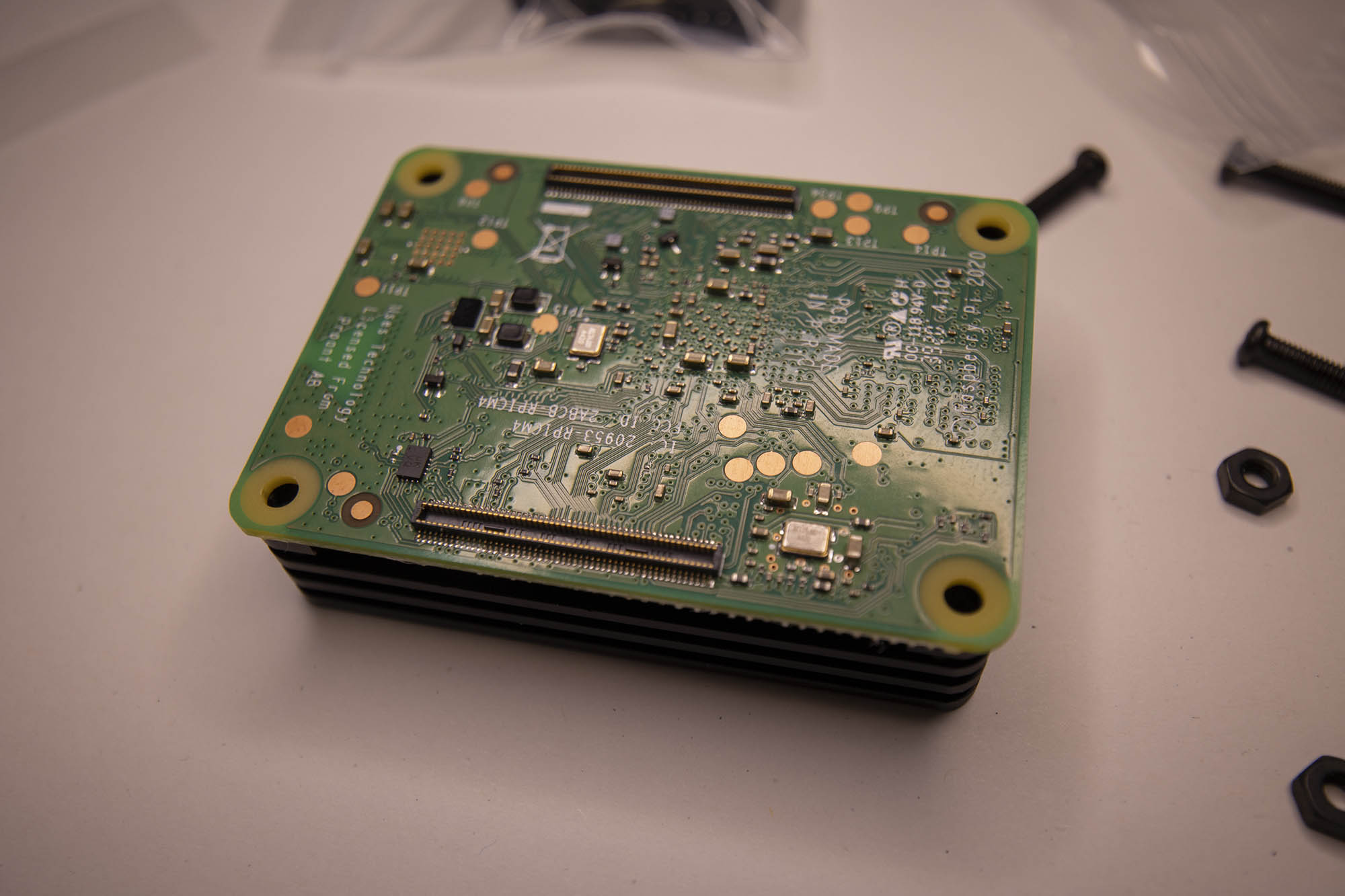 Insert the M3 screws into each hole and turn the whole assembly over, you can use the anti-static bag to hold the screws in place while turning it over. 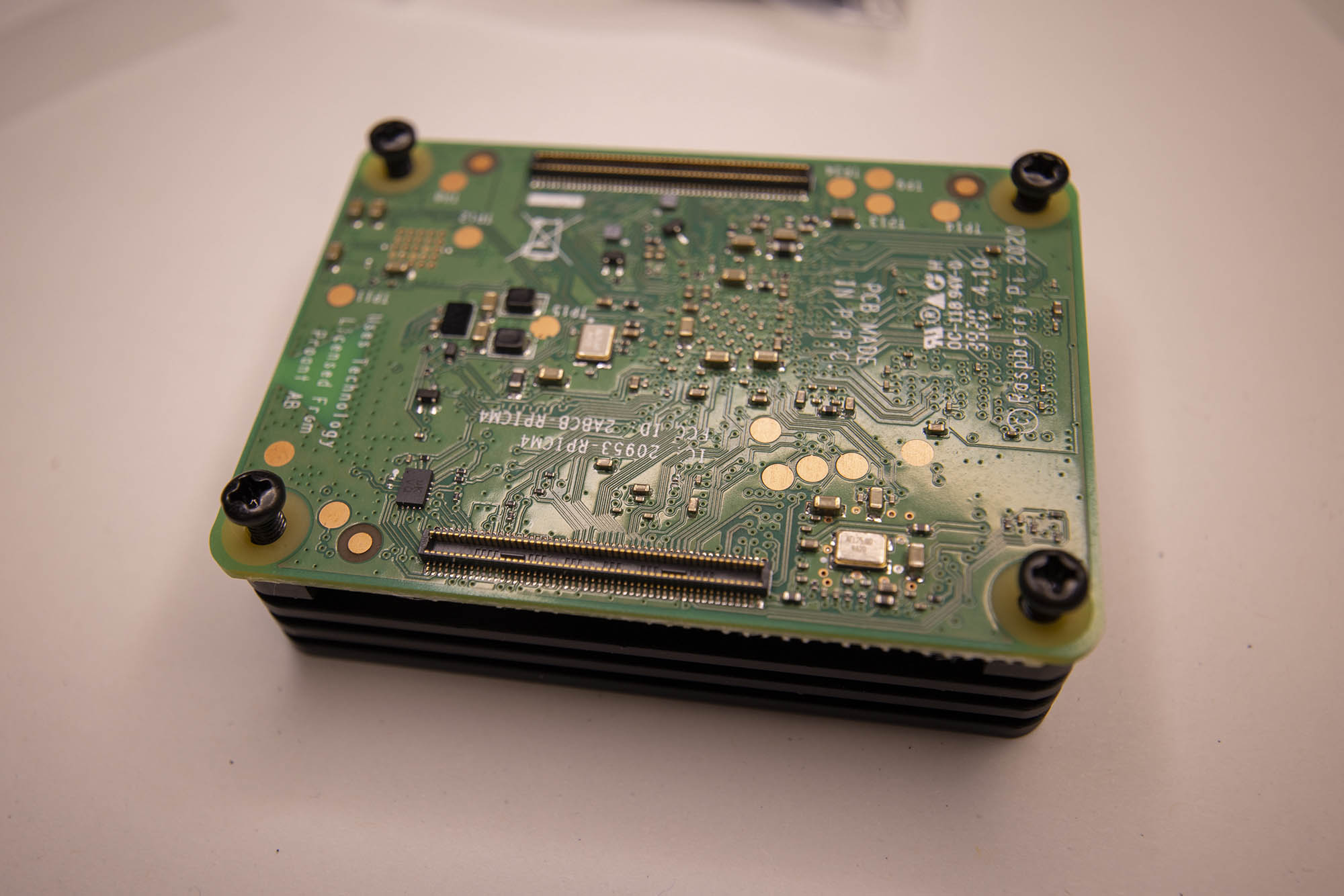 Attach the nuts by hand loosely onto each screw, just enough to hold everything in place. 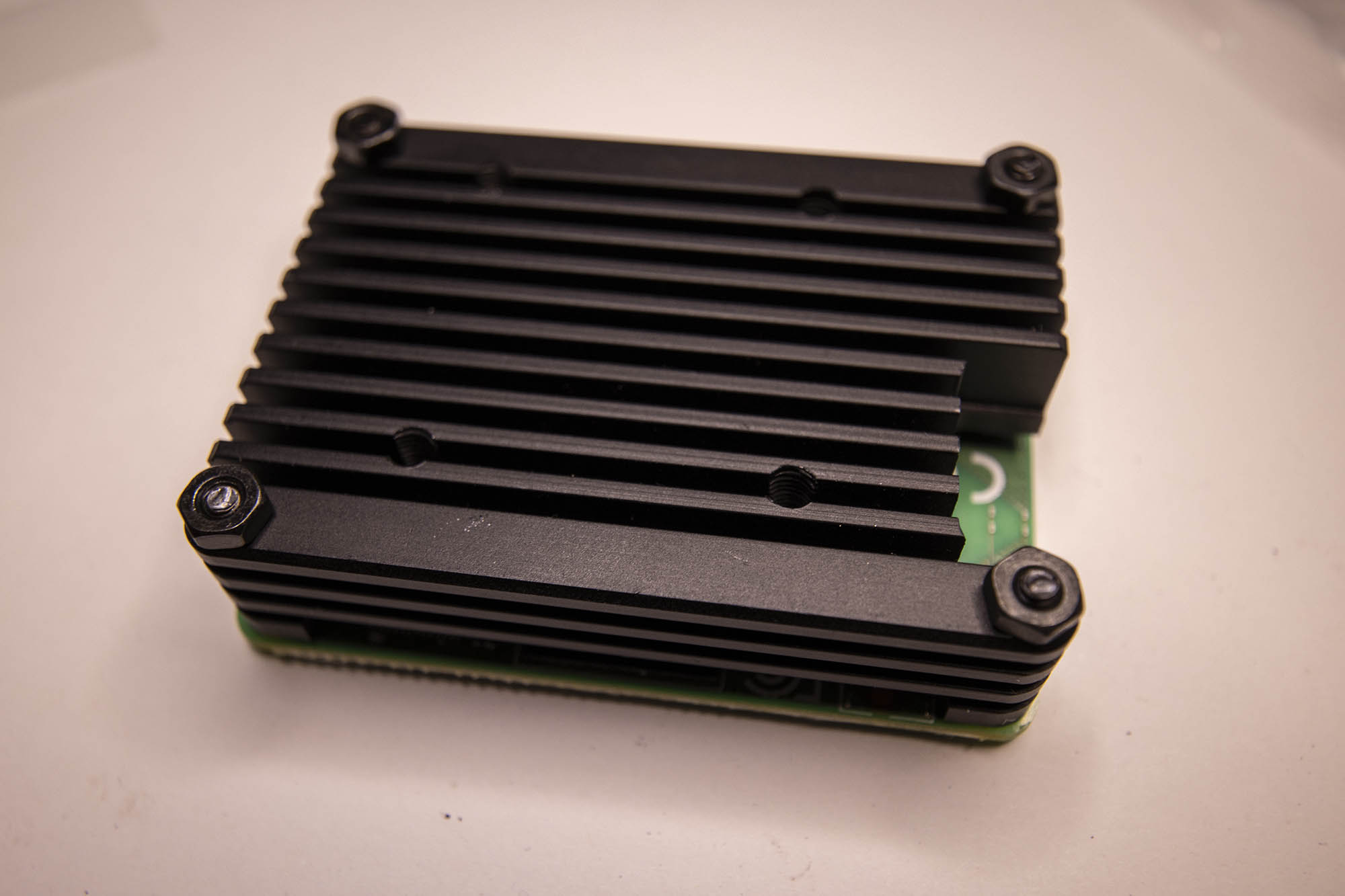 Fully tightening the screws will not instantly damage your CM4 but its not advisable to operate it with that much tension long term, you only want the heatsink to be pressed down a bit so a bit of a gap between heatsink edges and CM4 is wanted. If you want to secure the screws against vibration you can use a bit of Loctite. 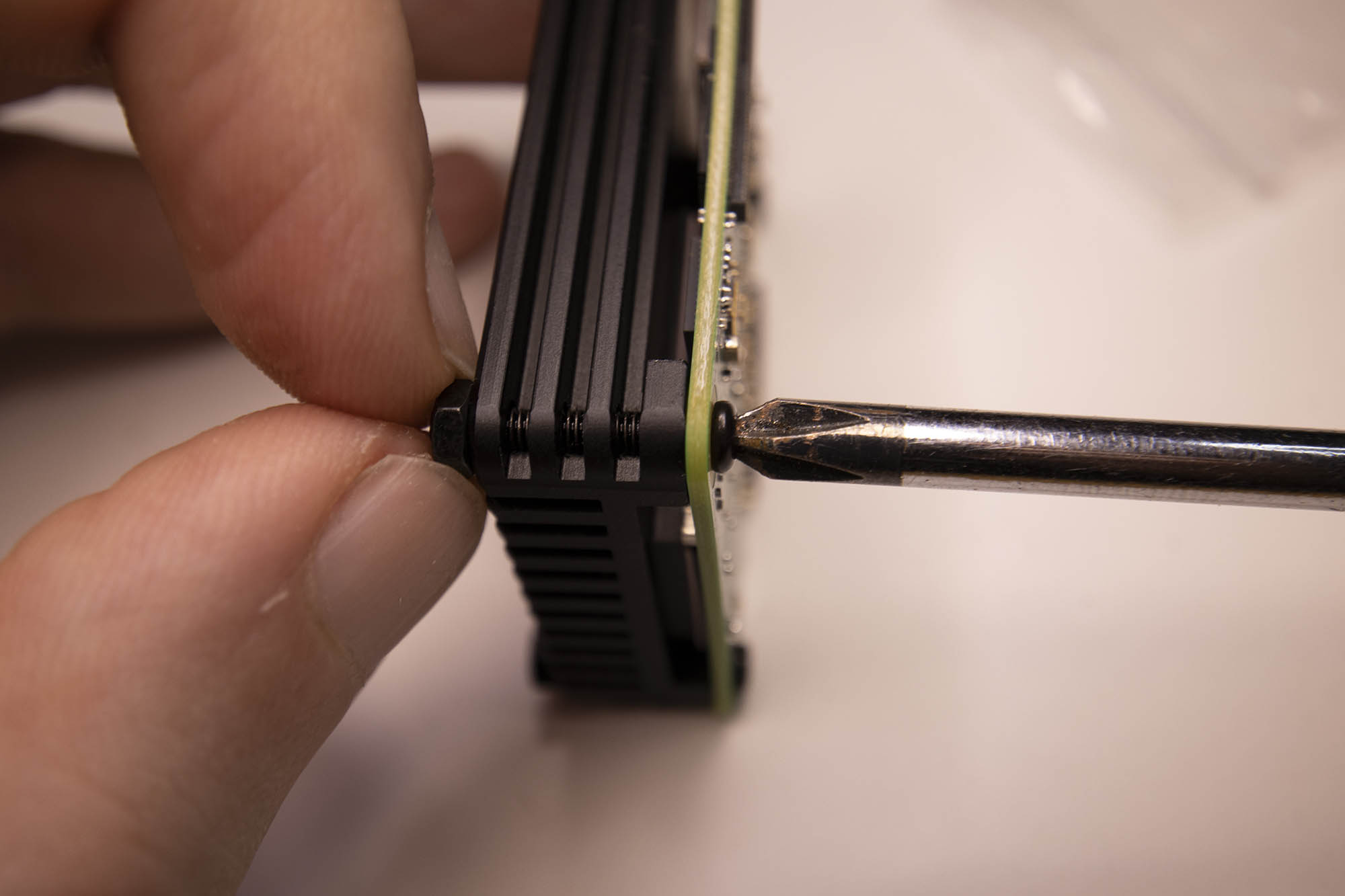 Thats it, your heatsink is assembled! 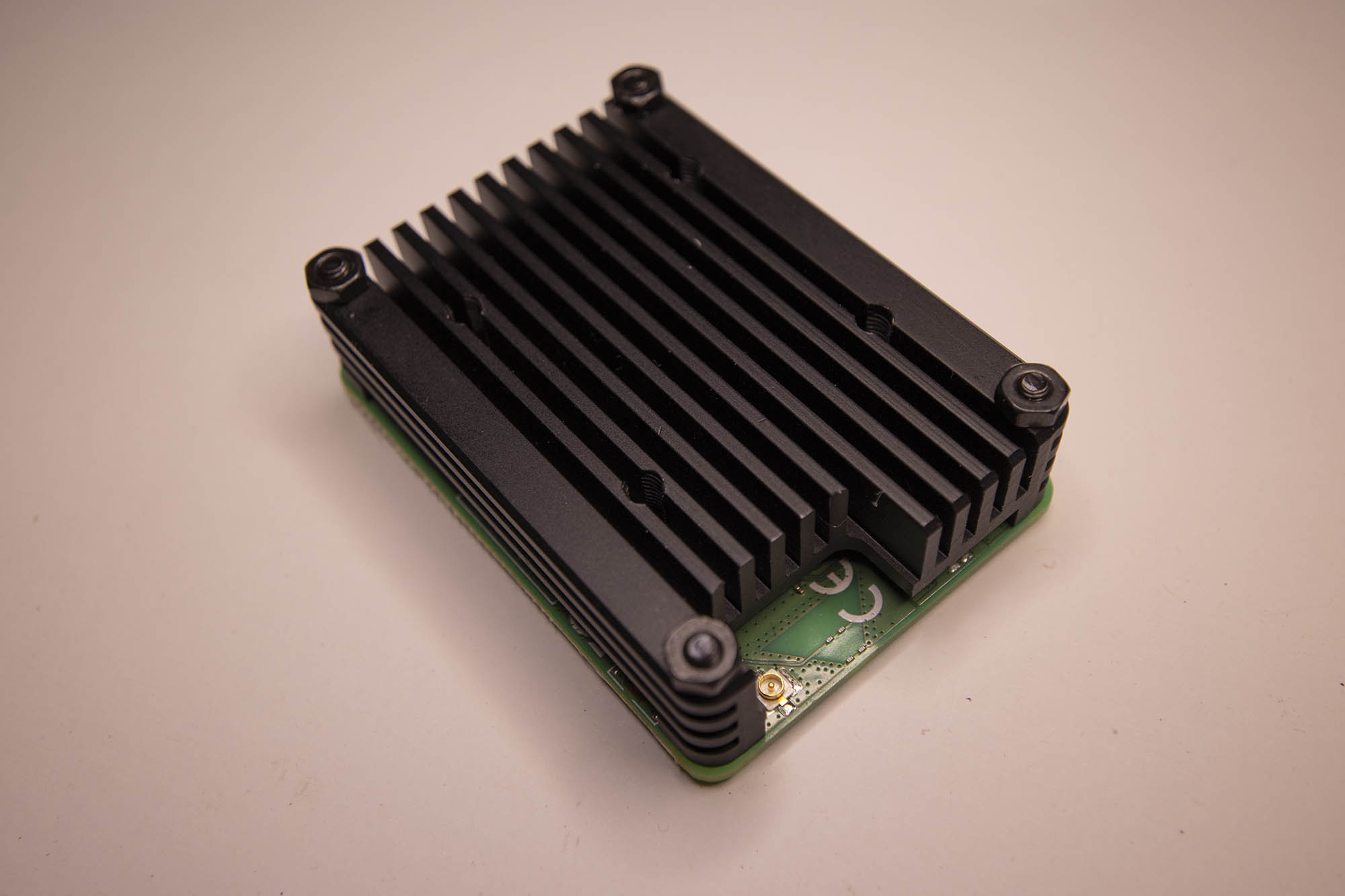